The power cable between the Glenalta sub station to Belair is life expired and needed to be renewed. MW Engineers has been successful with the tender and are in process of delivering this project for DPTI. MW Engineers in December 2017 has successfully convert half the section to the new cable for the train operation, that would be for ARTC and DPTI and efficiently delivery the cut over without infringe on train operation. Some more detail of the project scope as follow:

The 650V power distribution cable from Glenalta substation to location 1913 has been identified for replacement; the cable is enclosed in orange HD conduit from inside the Glenalta substation buried until the Glenalta railway station where it transitions into galvanised steel conduit GST along the station pit. The cable route changes from GST to buried services and enters the pit system, a UTX pit has one spare orange conduit available to cross over the PTS and ARTC tracks. An existing URX crosses Main Road but the two ducts are asbestos and cannot be re-used. The route continues buried in conduit down to location 1913, the route length of the cable run is approximately 700 meters. The cable terminates inside the locations on the 650V distribution terminals.

The 650V power distribution cable from location 1913 to Location SSI BL1 at Belair station has been identified for replacement; the cable is enclosed in orange HD conduit from location 1913 buried along the rail corridor and transitions via a under track crossing (UTX) near 2000 JB location to the other side of the rail corridor and into galvanised steel trunking (GST) along an embankment and under the Main Road Bridge, the GST transitions into a buried service again and along a path way at Pinera railway station, the route changes several times from GST to Buried until after the Old Belair Road bridge where the cable route transitions via a UTX to the AMPRN side of the corridor, it remains buried until Location SSI BL1. Note all existing GST is on the ARTC side of tracks.

The cable route length of the cable run is approximately 1635 meters. 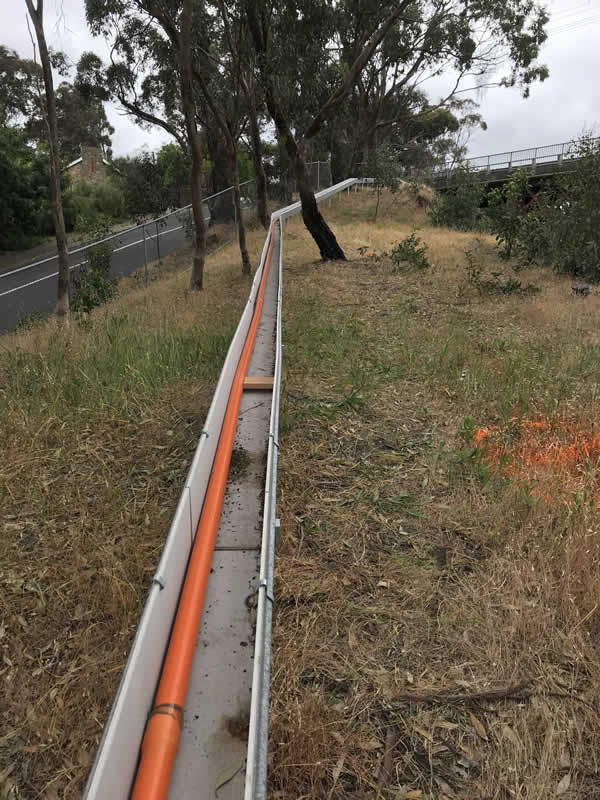 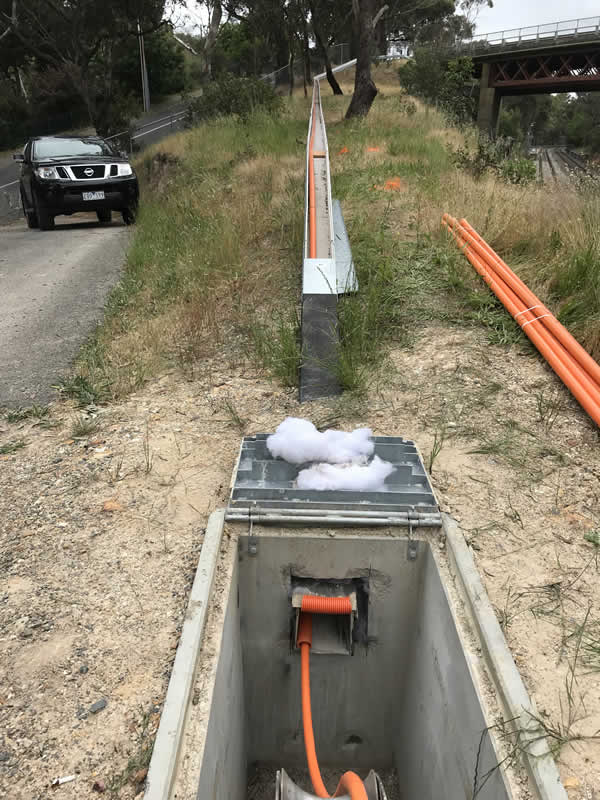